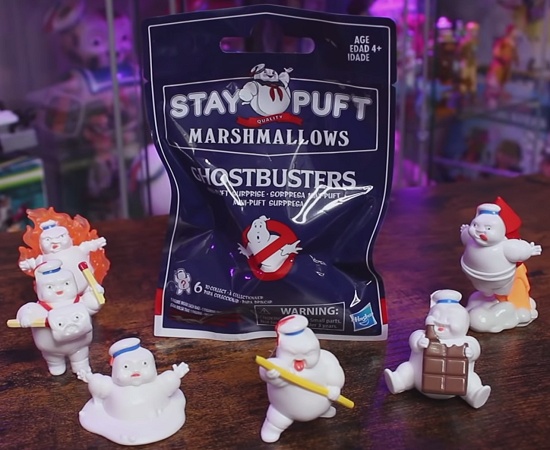 Ghostbusters Afterlife opens this week. For many this is a moment of excitement and anticipation after the 2016 attempt at rebooting the franchise left many fans feeling like they were shat on by Stay Puft Marshmallow man. And not in a good way.

One thing about the 2016 film that is undeniable, they completely missed the boat when it came to creating fun, memorable ghosts and merchandising that fans would be interested in collecting.

Not the story with Ghostbusters Afterlife.

While I have not seen the movie yet, one of the accompanying collectibles that has been released caught my attention: the Mini Puft Surprise collectible figures.

The Mini Puft Surprise figures come in a small plastic container with a red lid, that contains marshmallow goo, reminiscent of the slime that was such a hit during the original movies in the 80s.

Lying within the goo is a single Mini Puft Surprise figurine. Which one is contained is a mystery. You have to open it and dig through the slime to reveal which one you landed.

From the movie trailer, they’ve revealed that these Mini Puft characters are part of the new generation of mischievous ghosts that populate the Ghostbuster world.

The figures they’ve done of them figures are quite cute and make great desk mates or addition to your toy collection as they are about the size of a chess piece.

Each Mini Puft features a different Puft getting into some sort of mischief. There is one half-melted in it’s own puddle marshmallow. One of them is on fire. And my personal favorite, the Mini Puft Surprise figure chomping on a chocolate bar. 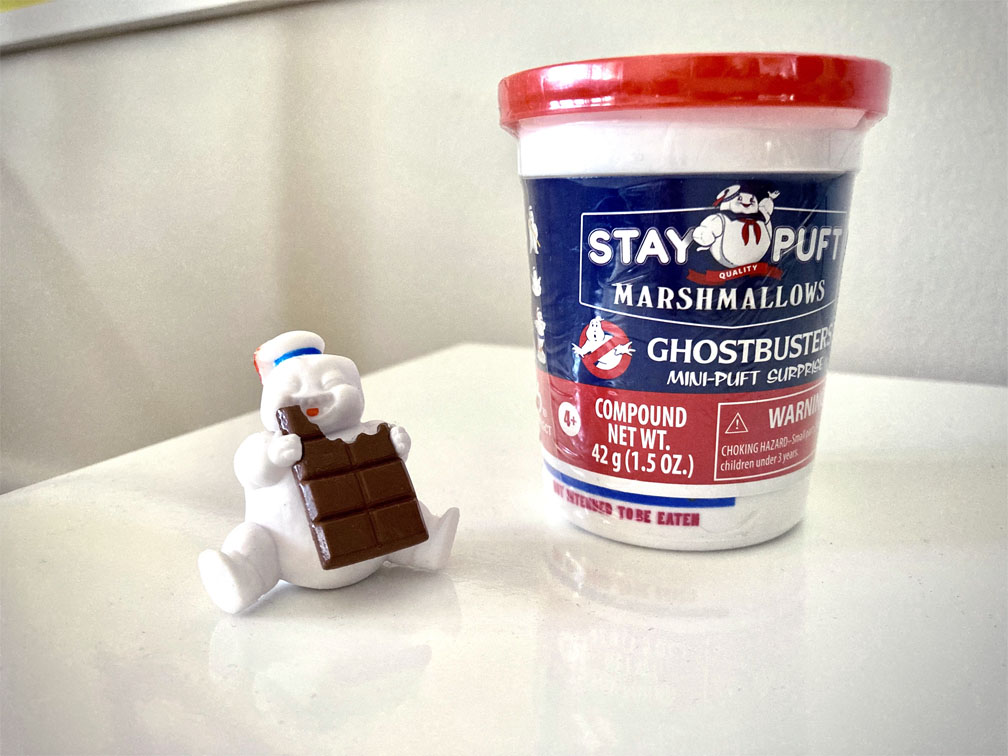 The marshmallow slime within the container is extremely gooey. This is my only gripe about the toy—the slime is not something you can really play with. It’s merely a fun gimmick to encase the figure.

Slime from the 80s was a slime that would stay contained within itself snd not adhere to your hands if you were to play with it and roll it around( it would stick to fabrics and carpet however). 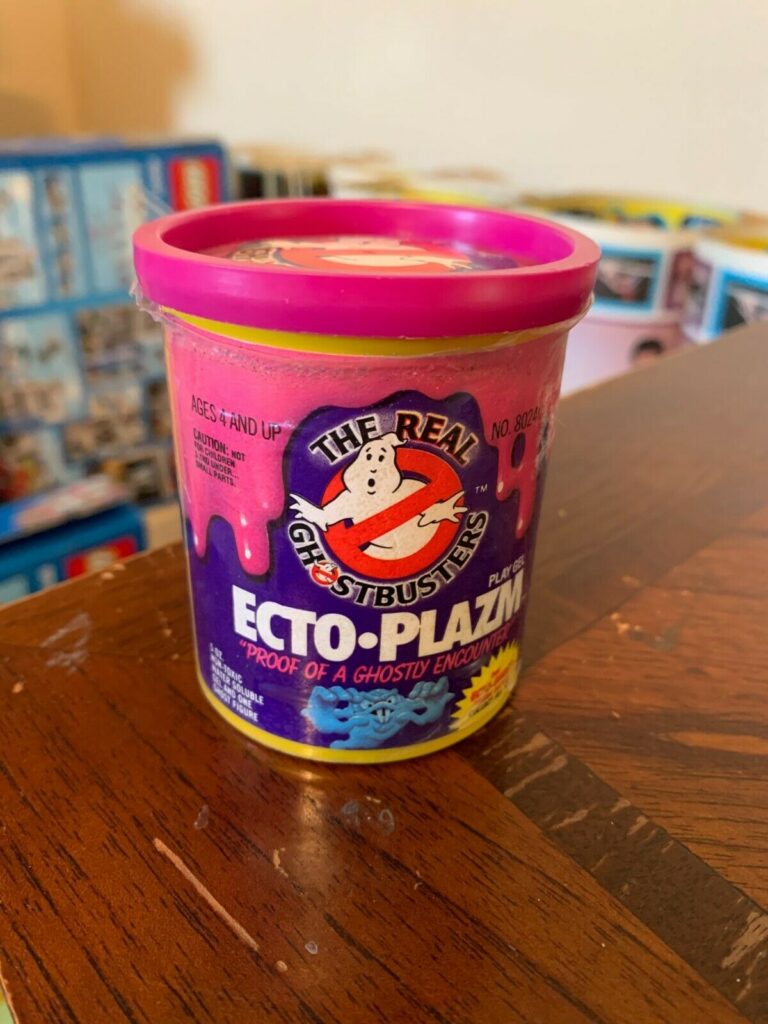 And if you are curios to see the slime and figures in action, check out the original ad.

The Fun is Back

So while that play value unfortunately isn’t there, this return to form with slime in a plastic lid covered jar is a lot of fun and has tickled the collectors spirit of many Ghostbuster fans.

So far they’ve only released the first series of thse Mini Puft Surprises, but a second wave has been revealed on the internet, and is on the way.

I suppose the ease of finding these figures will depend on how well the movie does.

I did an unboxing video at Outatime Retro Shop where we dig into the goo and check out all the fun figures. Check it out and see if these are something you’d like to get your hands sticky with.