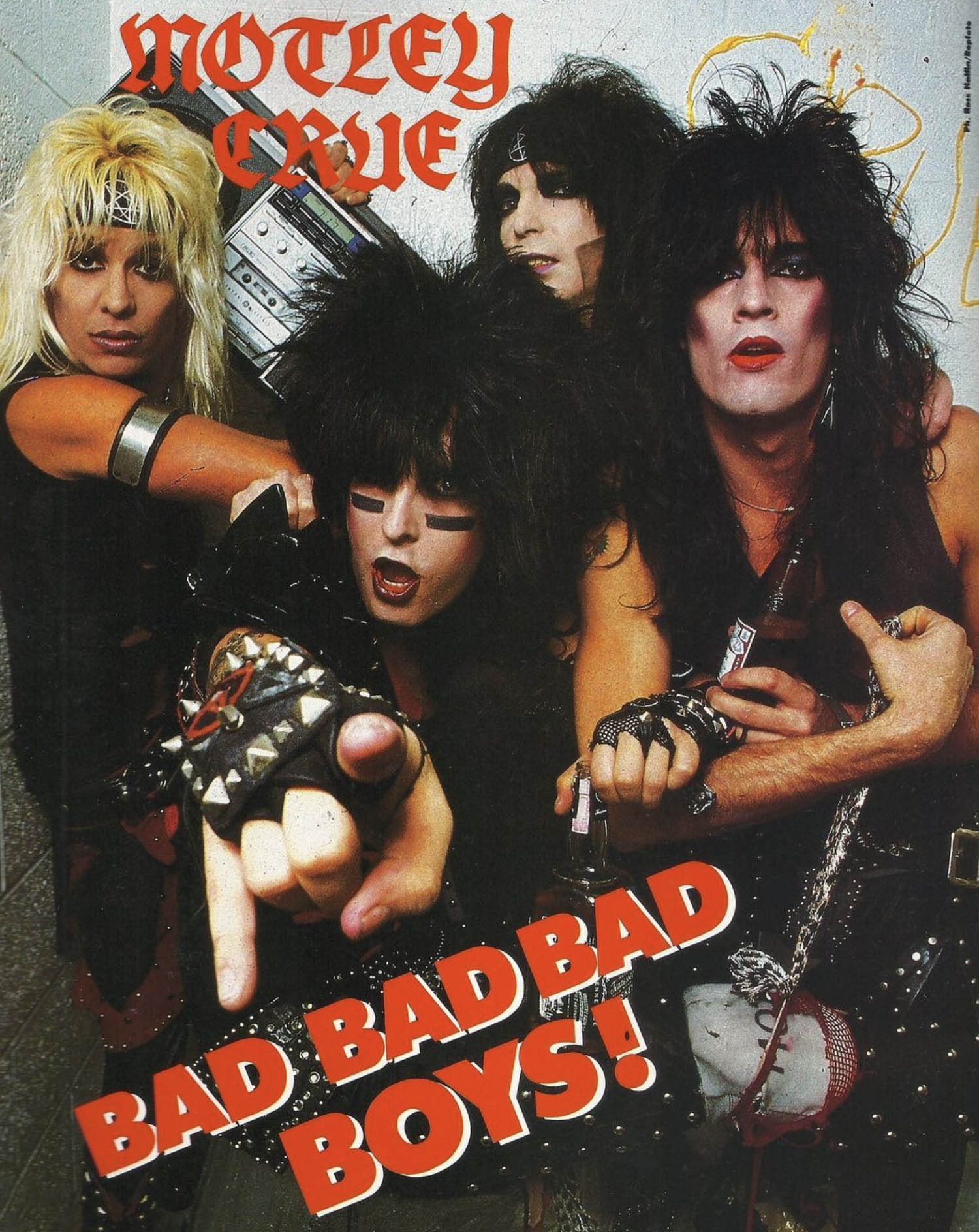 Those lyrics, written by bassist Nikki Sixx and sung with ferocious aplomb by Vince Neil, were an opening call to arms, a declaration of intent, by the wildest batch of miscreants ever let loose on the Sunset Strip. This quote hails from the first verse of the first song (“Live Wire’) of the first album (Too Fast For Love — which, indeed, they were) in the long, storied history of Mötley Crüe, a Hollywood rock’n’roll misfit collective that would reshape the sound of pop metal in the 1980s.

To headline Mötley Crüe’s first (but definitely not last) compilation album in 1991, the appropriately-titled Mötley Crüe: Decade of Decadence, the band re-recorded “Live Wire” with way too much echoing reverb in Tommy Lee’s drum sound, perhaps optimistically calling this iteration “Live Wire (Kick Ass ’91 Remix).” “Live Wire (Kick Ass ’91 Remix)” headlines the record which, like everything the original four members of Mötley Crüe released, was a massive smash. The record debuted at #2 on the charts, just behind Garth Brooks. It would go on to be certified double platinum stateside.

A cheap, no-frills little concert performance video for “Live Wire” also kicks off an accompanying video compilation of the same name. You can practically smell the whiskey on the band members’ breaths from the comfort of your living room! The video is rife with scary Satanic imagery straight out of a horror flick, and takes the imagery and danger of bands like KISS and Black Sabbath to the next level. This is how it starts: 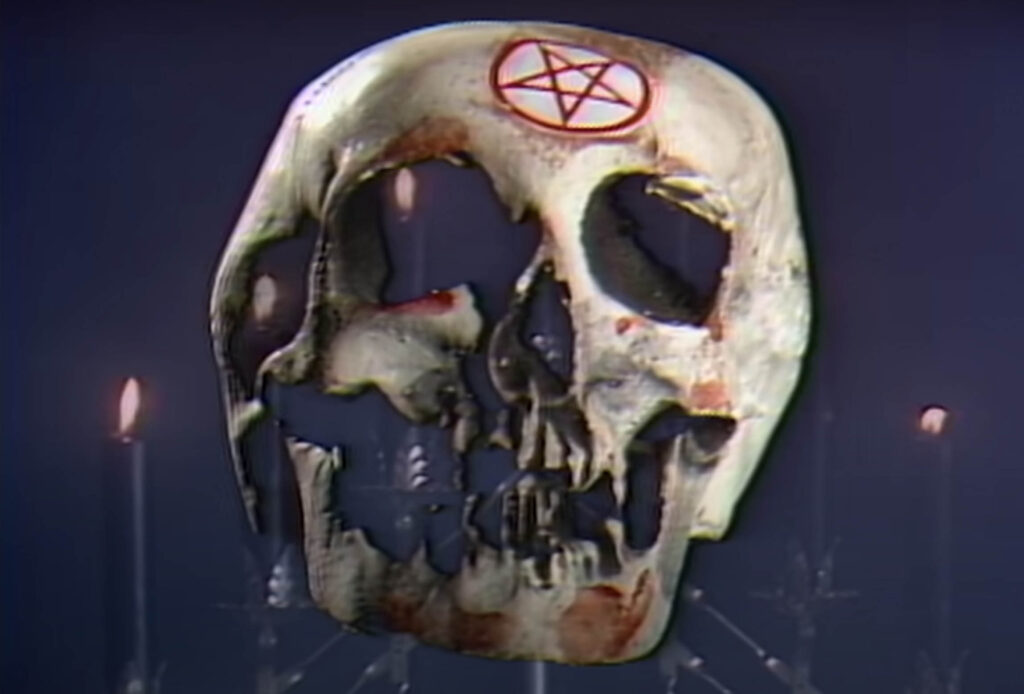 And it only gets cooler from there.

I picked up my first “uncensored” VHS copy of MCDOD at a flea market pretty recently, brought it home, dusted off the ol’ VCR, and found myself almost instantly transported to the Crüe’s halcyon days.

I like a lot of heavy bands from their era, but Mötley Crüe was the act that really hooked me. As a director, I’m a visually-oriented person by nature, and thus a band that made a point to represent themselves so much with their look made quite the impression. Their dangerous logo accented by the tiny skulls, their fearlessly androgynous makeup, their spooky Satanic language and imagery, and the throngs of buxom babes squeezed into bikinis running around in their videos piqued my interest to say the least.

Throwing on an album by the Crüe felt worse than most “bad” things I could have been doing at the time. Which is exactly why I couldn’t resist!

Back to the Decade of Decadence. I’ve got a real appreciation for the unapologetic horniness of the band. Obviously their track “Girls, Girls, Girls” has enjoyed serious legs as a strip club party anthem and an ode to all the beautiful ladies of the night for over three decades. This video compilation features an uncensored version of the video with a few, um, “titillating” scenes that, ahem, cheekily make no bones about the lads’ libidos. 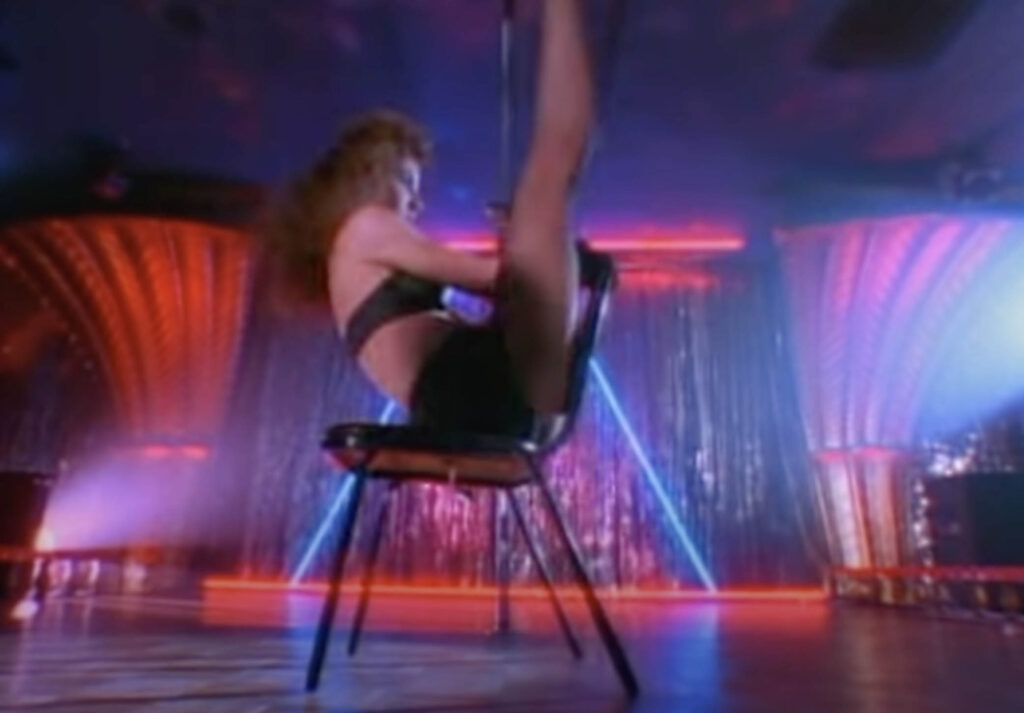 It’s fun to watch this stuff, especially now that I live in Los Angeles and know which strip clubs the Crüe used to frequent. The band almost always played by its own playful ethos regardless of the video, be it the Mad Max-inspired post-apocalyptic craziness of “Looks That Kill,” the sky-diving and jet-skiing daring of “Wild Side,” or the moody gothic proto-Proyas visuals of “Primal Scream.”

I’m a guy who likes sexy women, wet T-shirt contests, gratuitous swimsuit calendars and expensing the occasional business lunch at Hooters, so Mötley Crüe and their music and mentality fit me like a glove.

I’m a simple guy. I like my men tough, crass and charming and I like my girls fun, sweet and sexy. These are the types of characters I rock with when it comes to creating my own work.

It’s fun to flirt. And it’s fun to indulge in our desires. I want men to enjoy sexy babes, and I want sexy girls to have fun being flirts. Life’s short. Let’s have fun and enjoy each other. That’s a big message I got from bad boy bands like Mötley Crüe, Ratt and Poison.

A great example of a fun, bad-ass man’s man in my work is this handyman character in this set of commercials I did for RAK Pro Tools. 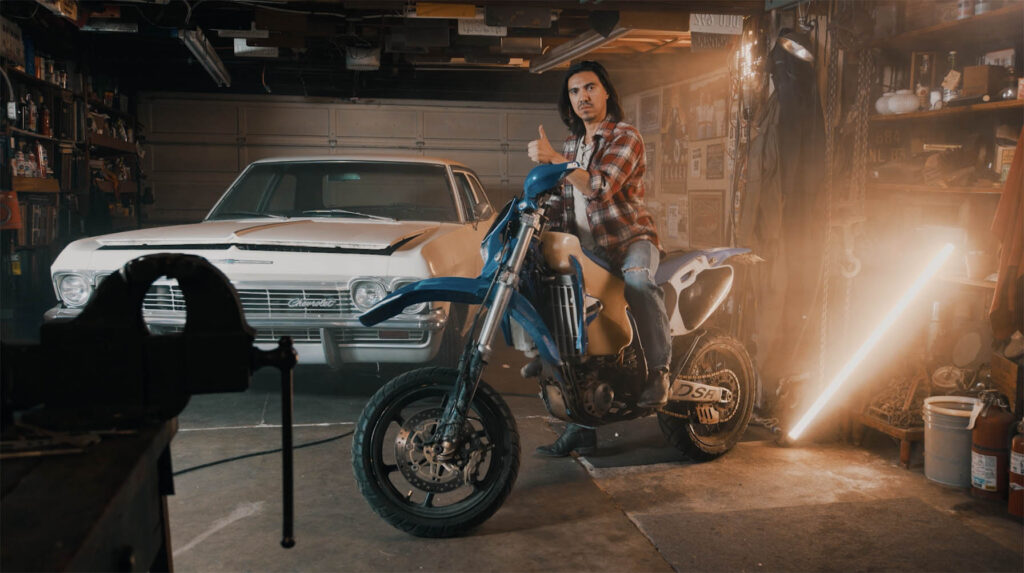 He’s a no nonsense, git-er-done kinda dude. He’s a straight talker. I’m pretty sure he’s the type of guy who blasts “Dr. Feelgood” on repeat. That’s certainly how I envisioned him, anyway.

I felt like my original vision for the tone was a spot-on fit for the look of the commercials, the writing of the script and the performance by Rogelio Camarillio Jr. It’s gritty, dirty, macho and fun. Sounds like a great way to be remembered on my tombstone. I’m going to make sure to request in my will that they bury me with my Decade of Decadence VHS.